When the Confederate States of America fired on Fort Sumter on April 12, 1861, Norway was a prosperous and growing town of 1982 inhabitants.  Norway sent down to the war more than a third of its adult male population.  Maine furnished thirty-two regiments for the war and the commanding officer for three of the regiments came from Norway.  There were five Lieutenants, and ten Captains from Norway, with a total of 44 different commissions in all.

Norway had one Brigadier-Genereal, two brevet Brigadier Generals, one brevet Major General, three Colonels, one Chaplain, one Assistant Surgeon and one Regimental Quartermaster.  No citizen of Norway enlisted either in the Cavalry or Light Artillery.  All but two enlisted in the Infantry.  These two enlisted in Heavy Artillery.

One of the very first soldiers to give his life in the Civil War was Sumner Henry Needham.  He was born in Norway, but had moved to Lowell, Massachusetts.  He was a member of the 6th Massachusetts Regiment.  He was killed by a mob as the regiment was passing through Baltimore.  Forty-four gave their lives for the cause.  Ten of them fell in battle and seven more died from wounds received in action.  Twenty-seven died from disease incident to military life. 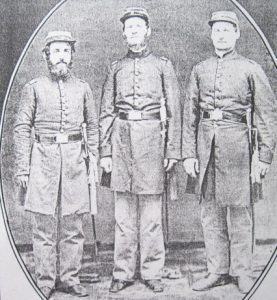 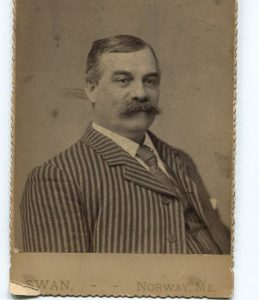 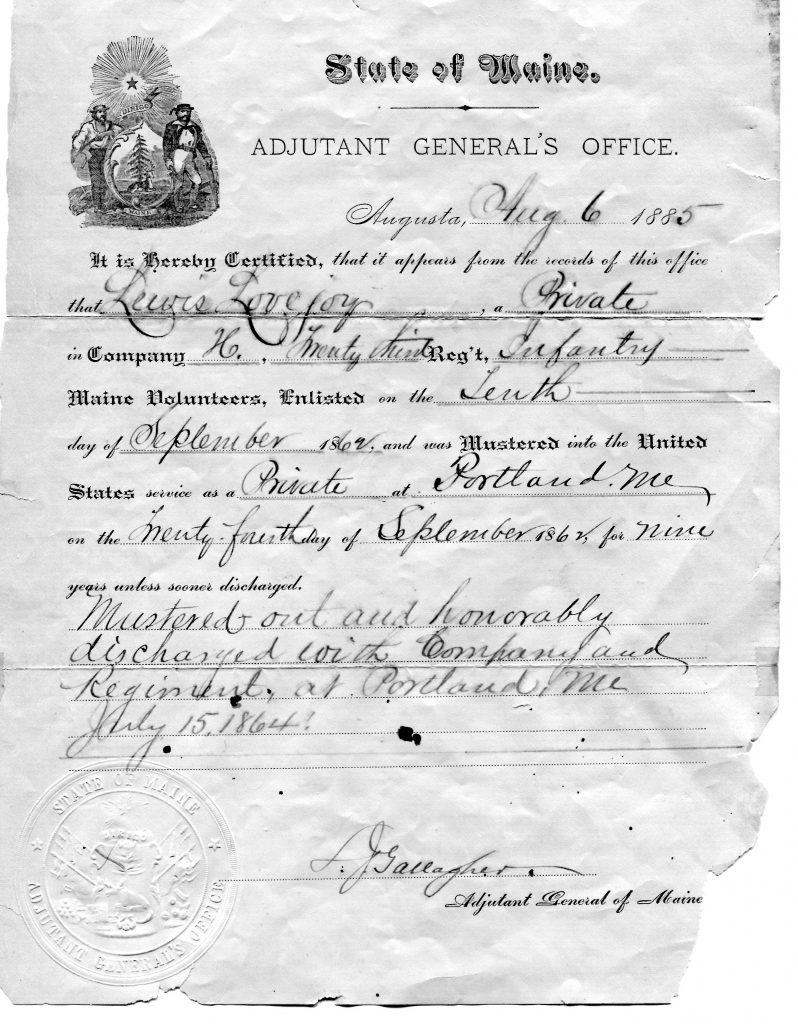 Norway Men In Service Out Of State 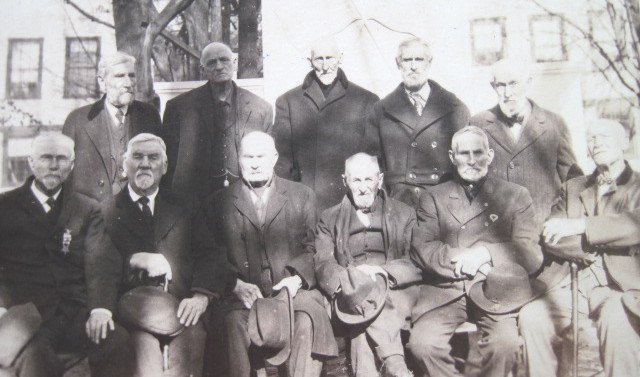 Fifth Maine Regiment of Volunteers – Company G (This was one of the regiments in The Army of the Potomac).  Mustered into service 4 June 1861.  First Battle of Bull Run, Peninsular Campaign, Antietam, Fredericksburg, Chancellorsville, Gettysburg, Wilderness, Cold Harbor, North Anna River.

Ninth Maine Regiment of Volunteers – Mustered into service 21 September 1861.  Service was mostly given in the south; South Carolina, Battle of Cold Harbor, Petersburg.

Tenth Maine Regiment of Volunteers – Most of the men whose duty terminated in the First Maine enlisted to serve in this new regiment.  Sent to guard and inspect railroad cars and lines on the Baltimore and Ohio Railroad. Reconnaissance duties – Luray Court House, Sandy Hook, Flint Hill,Warrenton, Battle of Cedar Mountain, Second Battle of Bull Run, Antietam, Guard duty at Maryland Heights.  Mustered out of service 8 May 1863.

Fourteenth Maine Regiment of Volunteers – Company G. Mustered into service in December 1861 for three years.  Battle of Baton Rouge, Siege of Port Hudson.  Returned to Washington D. C. to join Sheridan and his and his troops on the famous “excursions” into the Shenandoah Valley to meet General William T. Sherman.  Battles: Opequan and Cedar Creek.  Mustered out of service 28 August 1865

Seventeenth Maine Regiment of Maine Volunteers – Companies F and C. Mustered into service 18 August 1862.  Battles of Fredericksburg, Chancellorsville, Gettysburg (second day’s Battle), Wapping Heights (in pursuit of General Robert E. Lee), Locust Grove, Mene Run.  These battles and campaigns were carried on in connection with the Third Army Corps. The Third and Second Army corps were then consolidated, to be known as the Second Army corps.  Wilderness, North Anna River, Petersburg, Spottsylvania Court House, Cold Harbor, Richmond.  The Seventeenth Maine then returned to Washington, D.C. for the Grand Review at the end of the war.

Twenty-Third Maine Regiment of Volunteers – William W. Virgin, commanding officer – Company H. Mustered into service 29 September 1862.  Duty: Guard the crossings of the Potomac.  Engaged in no major skirmishes.  Missed involvment in Battle of Gettysburg, because their enlistments were up on the 27th of June.

Thirty-first Regiment – Company B took part in the capture of Petersburg and took pursuit of the Rebel Army. Mustered out of service 15 July 1865.

Thirty-second Maine Regiment of Maine Volunteers – Mustered into service in February 1864.  This was the last regiment raised for service in Maine.  Most Norway men served in Company B.  The regiment was held in reserve during the Battle of the Wilderness and Cold Harbor.  Because of the large numbers of casualties suffered at Fort Hell (Battle of Petersburg) the Thirty-second was consolidated with the Thirty-first Maine Regiment.

Research and data by Donald L. McAllister
Published in the Annual Report of the Municipal Officers of the Town of Norway, Maine For The Fiscal Year Ending December 31, 1964

Thanks to Ben Tucker, III for providing this article.